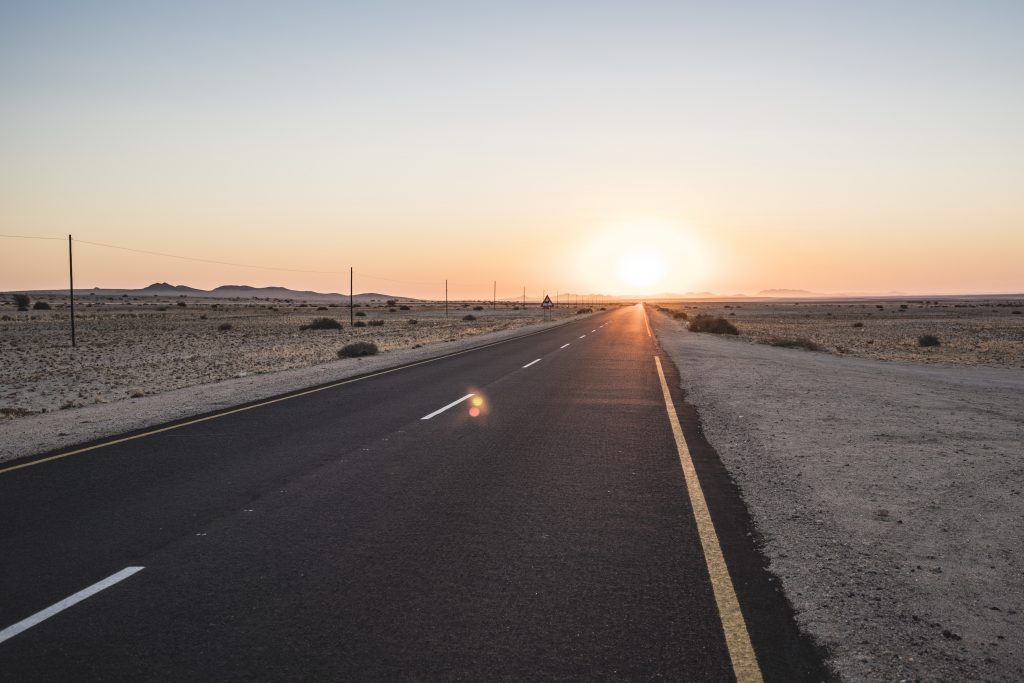 The morning came way too soon… but, It’s our own fault!  After a short night, some of us arrived a bit more “cumbersome” this morning.  But Reiner expressed it correctly: enjoy life and the beautiful moments and not think about what is passed. No sooner said than done – so we were off to the motorcycles and to the direction of South Africa. Today was a tour of the 370 kilometers planned, from the Fish River Canyon to Aus. To be clear, the name Aus is the program! There is nothing here, but that is somehow the attraction.

From the Fish River Canyon we went to a lodge on the Orange River (which also forms the border with South Africa), whose name I unfortunately do not remember. But the tracking system makes it easy to find out the name. If necessary, let me know 😉. Once there, we first assured ourselves about the range of our motorcycles, because the next stop in Rosh Pinah was still 100 kilometers away and there was no further opportunity for refueling on the route there. Then the staff was attacked with food requests, since it was a pretty exhausting morning. After we had strengthened ourselves, Reiner and Zimpi set off directly to make way. Gavin, Sascha and I fueled our motorcycles to make sure to make the next stop. The 100 kilometers along the gravel road along the Orange River were the most beautiful kilometers of our trip so far. The landscape changed constantly from a sandy desert, to a rocky desert, to a mountain pass, back to a sandy desert and so on, and in between a green sea of ​​palm trees and grasses shines along the river. This road is really a must for anyone who makes a motorcycle trip in Namibia.
Since our day also had two faces, it went straight from Rosh Pinah for about 180 kilometers on a highway similar road to Aus. Here we wanted to admire the famous wild horses at a view point at dusk, which unfortunately did not work because the horses had other plans and were not there.  Nevertheless, we were able to take very nice pictures at dusk.
Tomorrow it continues – to my personal highlight!  Sossusvlei with the Deadvlei!! Be curious of what we will find!