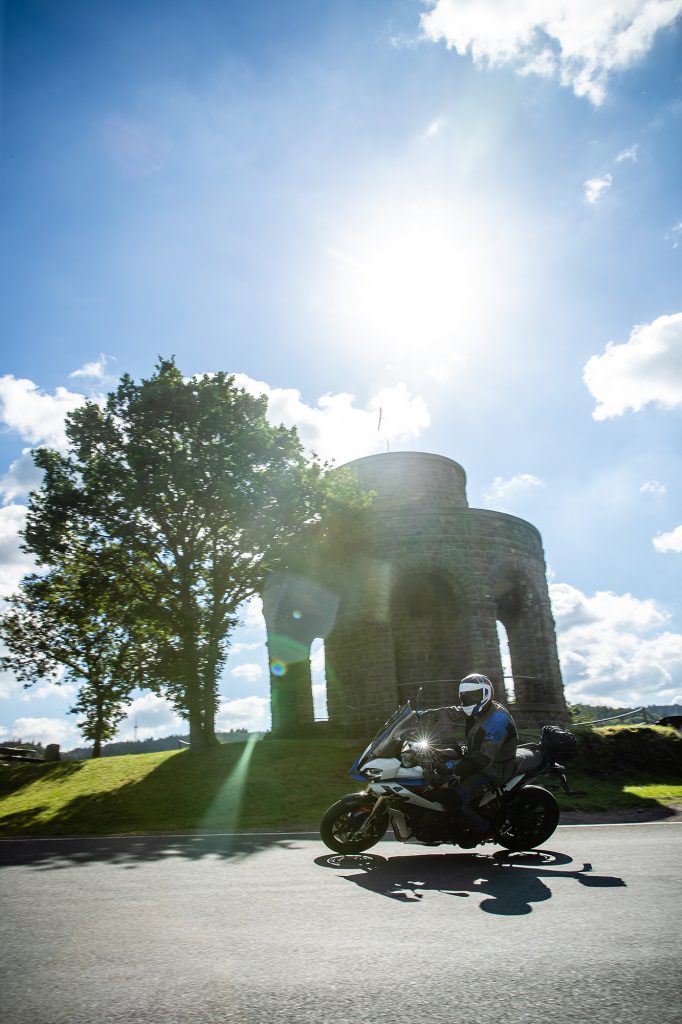 my first shooting day, my first impressions, my first report.

This morning at eight o’clock we started. Thanks to the good preparation last week we could start on time today. We also had to cover a little distance to get to the first spot. Our riders were riding the new BMW models F 900 R/XR, S 1000 XR and the R 1250 RT.

Then I can tell you where we have been on Monday. After starting at Wunderlich’s headquarter in the east of the Eifel, we went once to the northwest of the Rhineland Slate Mountains, to the Eifel National Park. Around the small, beautiful district town Schleiden, the first pictures were taken. During a small stop on a parking area above Schleiden, a motorcyclist (about my age 22) stopped next to us and asked interested what and how we were shooting. After a short conversation with him, he recommended us one or two really exciting jobs. Thanks again for this, if you are reading this! 😀

After a small refreshment at the rider meeting point, we went via Tondorf (very nice shots came up there) in the direction of the local Ahr valley.

A previously chosen spot was, when we arrived, unfortunately so frequented that we had no chance for a decent picture here. …so, let’s continue! Following the beautiful river Ahr we took our last pictures of the first day in Altenahr. Another place was planned, but when I drove under old quarry stone bridges, our photographer told me to stop, it was worth it. …and he was right! 😉 There one notices again what a trained and experienced eye sees everything! Although the last pictures of the day were “only” stills, they are some of the most beautiful!

Take care and many greets,