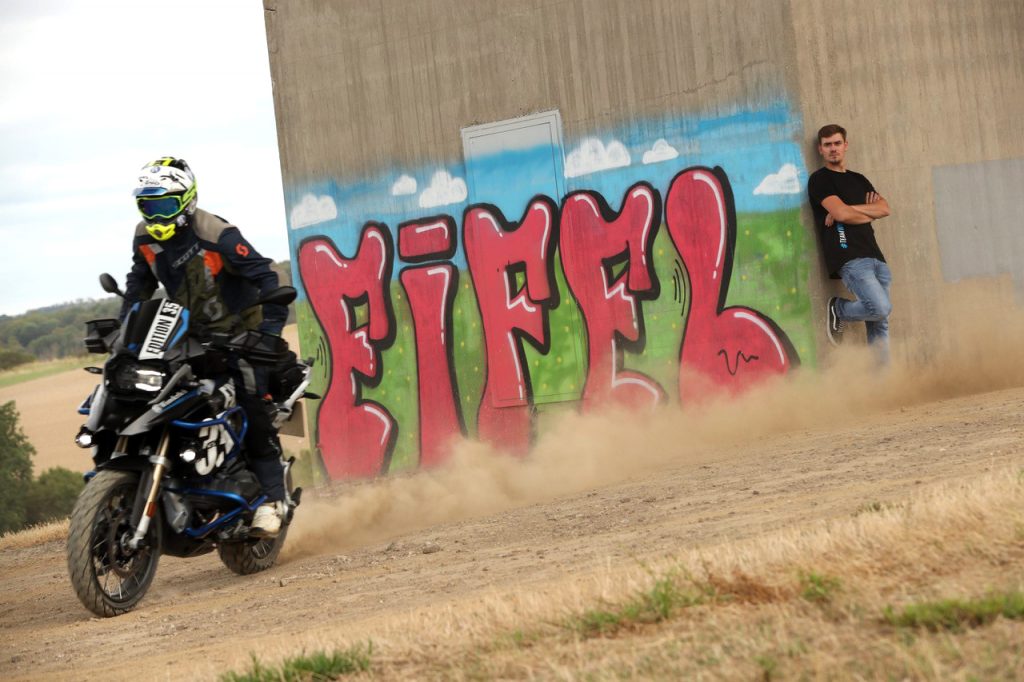 new day new luck. True to the motto we started this morning from Ringen. Unfortunately the weather luck of the last days left us today. The last few rays of sunshine disappeared behind the clouds when we arrived at the first spot – the castle Bürresheim.

Yes, castles and palaces belong to the Eifel, like vulcanos. Which of the picturesque monuments we now use as a backdrop was ultimately due to economic route planning. D In addition, Bürresheim Castle near Mayen is really beautiful. Through many detail shots here, a lot of time had already passed, so that we could only take a few pictures at the lake in Rieden before the lunch break.

Speaking of the lunch break. After it was clear that we would shoot in the Brohl valley on Wednesday afternoon, it was an advantage, not only because of the local knowledge, that I was born there and still live in Oberzissen. Instead of stopping for lunch in a fast food restaurant, I asked my mother if she could cook us something. No sooner said than done, and my mother prepared a typical Eifel dish – the Döppekooche. (Recipe is attached to the block, it’s worth recooking!) At this point I would like to thank my mom for her excellent cooking skills. I almost have to write here: ” UNFORTUNATELY it tasted so good”, because after the felt tenth addition, were as good as not able to shoot anymore. What would we have given for a nap in that moment? 😀

Nevertheless, we went on and reached the next shooting spot not far from my parents’ house at the castle of Olbrück. After some dragging along on the road and field path, we were able to check the spot off quickly, the sun unfortunately let us down and we needed it here…

To my highlight of the day I went then. Under a freeway bridge (Autobahn) we kicked up a bit of dust. 😉 Except for one, all the riders are Wunderlich employees, i.e. my colleagues. One of them was able to live it up under the bridge – multiple German Enduro champion Dirk Thelen. In principle, I couldn’t do more than watch and be amazed at the spot. 😀

… once down the mountain and we were at the last location for Wednesday. A great water crossing. 😊 Also here full commitment of our photographer. After he was unhappy with the first pictures, he took off his shoes and socks and stood in the creek and took pictures from the cool water.